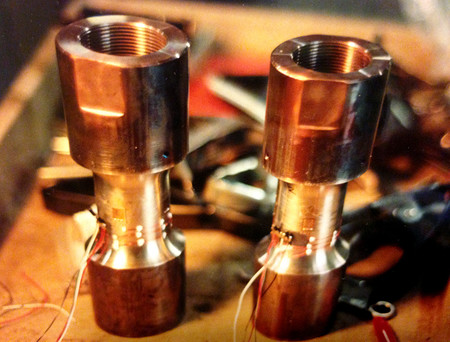 Stress-tek specializes in creative strain gage based force sensor design. Strain gages are the most accurate means of force measurement.

Our capabilities include mechanical design and analysis, prototyping, part procurement, assembly and testing.

Stress-tek is a designer and manufacturer of state-of-the-art, rugged and reliable strain gage-based load cells and force measurement systems. Our sensors and display systems are used in a wide range of transportation industries such as; timber, refuse, aggregate, mining and general trucking. Other industries serviced are oil and gas, aerospace, medical and robotics. 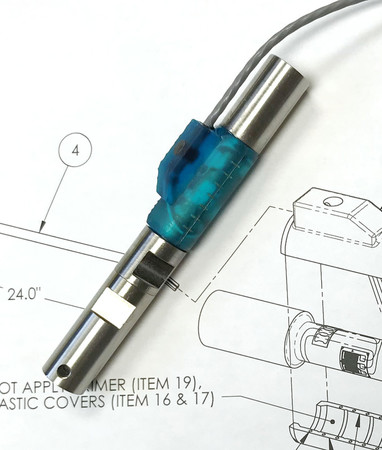 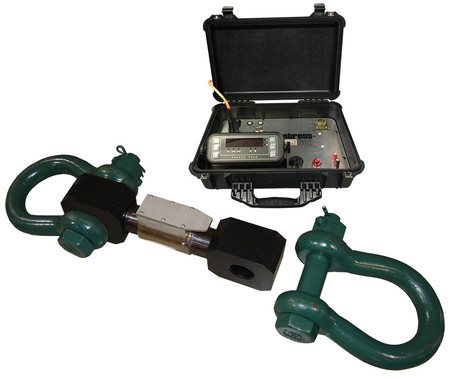 Complete tow system with load cells and display meter for reading towing forces on aircraft. System connects to the landing gear struts and maneuvers aircraft from non-runway conditions without damaging components while reducing downtime. Load cells are design in varying capacities to support a wide range of aircraft. 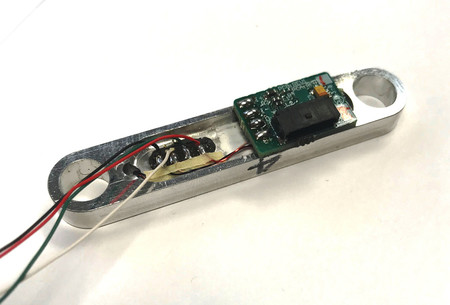 Sensor design replaces existing linkage to measure applied motor forces. A amall circuit assembly is integrated into the sensor to control outputs allowing immediate decisions to be made on those outputs. Sensor body is high strength aluminum designed to measure only tension in the line of action of the senor while simultaneously rejecting any bending forces. 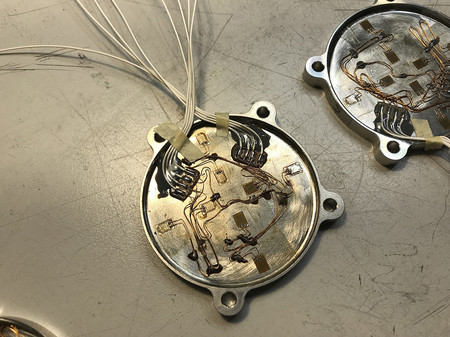 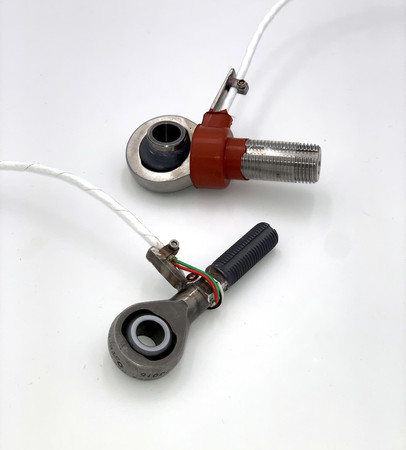 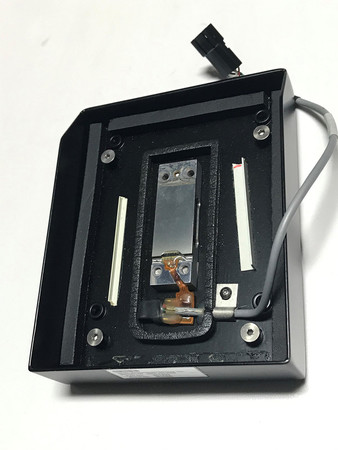 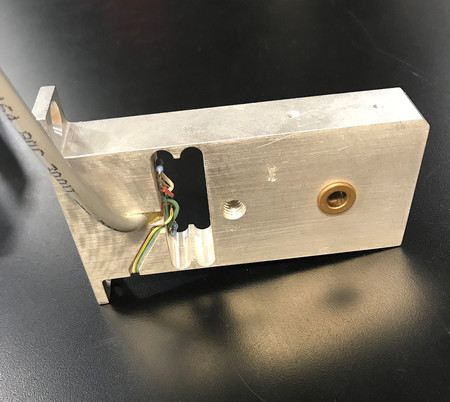 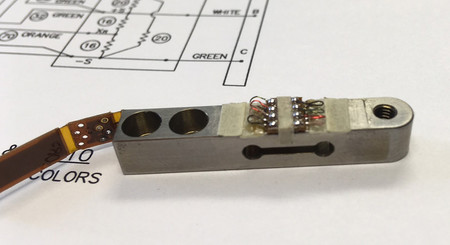 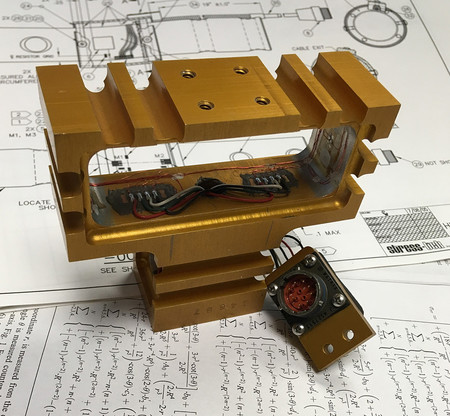 Sensor design integrates into existing machine tool to cut titanium wing spars for the aircraft industry. Sensor responds to forces in three dimensions and controls the machines emergency stop function. If measured forces exceed a threshold indicating problems in the machine operation, the machine will shut down. 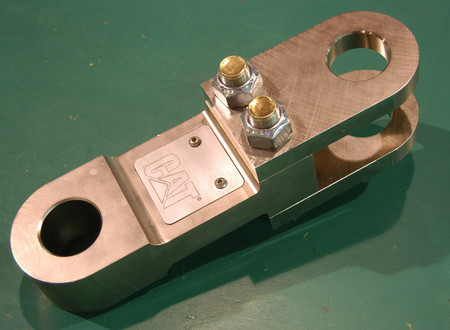 Sensor design integrates with existing farm equipment to measure tension force between a farm tractor and an implement towed through the ground. Soil moisture content, density and gradient all effect how power transmits between the tractor and the implement. A radar gun measures the speed of the tractor allowing power to be computed and displayed so comparisons of different tractors and implements can be analyzed independent of soil conditions. 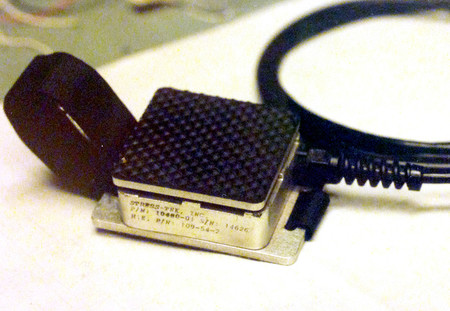 Sensor design integrates with an automotive brake pedal where the applied force from a drivers foot can be directly measured. Only direct force applied orthogonally to the brake pedal surface is measured. The sensor rejects all forces applied in other directions. Sensor establishes brake system design criteria and tunes components to meet system specifications. 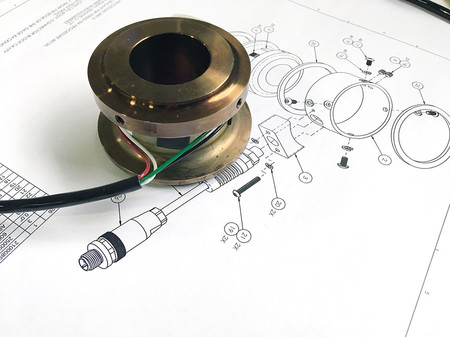 Load cell is designed to monitor tension on steel rods that pass through the center of cross laminated timber wall; a new style of construction allowing the use of “green” materials. The sensors are continually monitored to measure effects of wind and other natural phenomena and their effects on wall tension.

Many Load Cell Designs for the Transportation On-Board Weighing Sector

Since the 1980’s, Stress-tek has created many load cell designs for the On-Board weighing markets spanning timber, aggregate, refuse, mining and general over the road markets under the Vulcan Brand. Detailed information on these products is at Vulcanscales.com. Stress-tek has been the leader in On-Board scale design since the 1980’s and continues to innovate within this market. Stress-tek has over 30,000 systems operating in the trucking industry, and is recognized as a world leader in On-Board weighing technology. 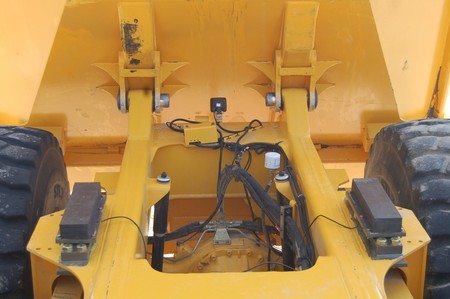 We offer model specific on-board weighing solutions for high capacity dump and articulated dump trucks carrying greater than 20 tons. The scales include a meter in the cab of the truck and warning options to let the loader know when the maximum capacity has been reached. Additional options include Vulcan’s V700 Remote Display and exterior mounted scoreboards.